New York, NEW YORK! ….. has always held a special place in my heart. 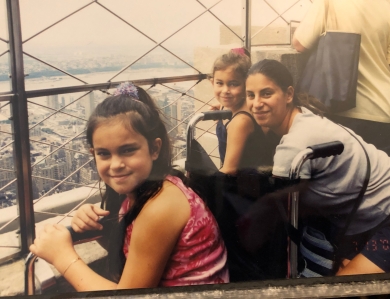 My mom is originally from New York, Long Beach to be exact, so growing up we’d take a trip at least once a year to visit my family and to of course eat an unhealthy amount of Gino’s pizza and Ralph’s Italian Ices.

When my sister (Chloe) and I finally reached an age where we would appreciate all that is New York City, we started to incorporate going into the Big Apple each time we went. We usually take the train in from Long Beach, but the first time we trekked into the city we drove. It was the year Bring It On hit VHS so naturally Chloe and I watched the movie on replay on our mini video players the entire drive – both ways. Sorry fam.

Anyways, I definitely had writing about my experiences of navigating through the fast-paced streets of NYC on my list of travel topics to get to eventually. But being in public relations and always staying up-to-date on breaking news and the latest trends, I recently learned that a federal judge has ruled that the Metropolitan Transportation Authority must comply with regulations under the Americans with Disabilities Act and add elevators to the public transportation in stations across the city. So, figured this was kind of a hot topic at the moment.

I recently traveled through the Atlanta airport for work with a colleague of mine and we took the airport train to get to our connecting flight. The quick train ride immediately brought me back to the time my scooter and I flipped over on the subway. Like, the subway stopped so abruptly, and since I was sitting on my scooter in a perpendicular angle to the train, down I went, directly to the filthy floor with my scooter on top of me – taking my aunt down with me as a casualty. Whoops. Honestly, it was hilarious. My mom almost peed in her pants from laughing, it was quite a sight for all around. How does that happen to someone?! Who knew those standing bars were also meant for someone SITTING on a scooter to hold on to for dear life. Now I’m extra cautious when on any kind of train. Lesson. Learned.

2010 – The Aftermath of the Subway Tumble

Scootin’ around NYC is intimidating to say the least. First of all, you’re surrounded by New Yorkers who are constantly on the go and often don’t care who’s in their way. Secondly, crossing the street is always an INTENSE game of frogger, and it’s super easy to be swept up in a random rush of people separating you from who you’re with. Especially when you’re on a scooter and at a lower eye level than anyone else. Don’t even get me started on the critical need to swerve to avoid random sidewalk potholes or uneven/nonexistent ramps off the curbs. I honestly can’t complain though, being thrown into the depths of this city has sharpened my scooting skills and has given me so many unforgettable memories.

During one visit, my family and I once asked a random police officer for the best route to take to get to the American Museum of Natural History via the subway. Trusting his recommendations, we hopped on and went on with our travels. Little did we know once we got off, there would be no elevator to be found. Only two flights of stairs separating us from the entrance of the museum.

Luckily, I don’t rely on my scooter other than for long distances, so I can still get up and walk. I was able to walk down the stairs while my mom and sister had to carry my scooter the whole way down. So, reflecting on my many trips to NYC, I’m 100% sure my family is equally – if not more – excited as I am for this news!

While the above incidents were top of mind in relation to the new regulations, I’ve had a ton of great experiences in NYC and overall find it very manageable to get around. Doesn’t hurt that my destinations usually include a Broadway show, lunch at Junior’s or a stroll in Central Park. Besides missing my family and wanting to visit my friends who recently moved there, I’m looking forward to planning my next much-needed and overdue trip to The Empire State! 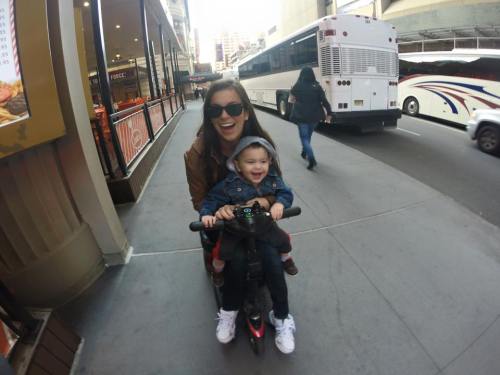